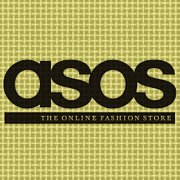 Asos is a London-based, publicly traded clothing retailer that showcases over 80,000 branded and own-brand products. Asos offers a comprehensive range of fashion-clothing with an exclusive focus on teenage guys, girls, and men & women in their early twenties. The company was founded in the year 2000 and in 2015 it served over 9 million customers and generated more than 1.2 billion American Dollars in revenue. The rest of this post is dedicated to some other very good alternatives to Asos. Some of these similar stores are cheaper while the prices at other retailers are comparable to Asos. Below is a list and basic introduction of Top 10 stores like Asos.

With a passion to sell the latest-fashion and high-quality clothing for men, women, and kids, H&M was founded in the year 1947. Headquartered in Stockholm, Sweden, H&M currently operates over 3700 stores across the world, making it the second-largest chain of retail-clothing on the planet. If you are looking for a cheap alternative to Asos, I place H&M at #1 on this list.

Related Link: Other Cheap Clothing Stores like H and M

New Look was founded in 1969 by Tom Singh, a graduate of the University of Wales. What started as a single fashion store is today’s over USD 2 billion company. New Look presently operates 569 clothing stores in the UK and more than 200 stores in the EU and Asia. New Look is a great alternative to Asos to buy similar quality clothing for men, women, and kids at relatively low prices.

River Island is a privately owned chain of clothing stores that was founded by Bernard Lewis in the year 1948. Presently, River Island operates 330 retail-clothing stores in several countries across The Americas, Asia, Africa, and Europe. River Island offers a great collection of streetwear for men, women, boys, and girls. The price range and quality of stuff offered by this clothing store are comparable to Asos.

If you are looking for an Asos alternative that showcases clothing, shoes, accessories and sports items from world-famous brands, I hope you’ll like Zalando. This company operates several ecommerce stores for different countries and languages. Some of the most famous brands that you can find at Zalando include Ralph Lauren, Hugo Boss, Calvin Klein, Versace, Nike, Adidas, GAP, Diesel, Salomon, Puma, Reebok, ASICS, and many others.

Urban Outfitters is one of the most renowned names in the retail clothing industry in many countries worldwide. In addition to the fashion apparel, shoes, and accessories for men and women, Urban Outfitters also sells a lot of other products including houseware, kitchenware, and home décor products. This company can be a good alternative to Asos to buy affordable clothing e.g. Jeans, T-shirts, Outerwear, Undergarments, and much more.

Topshop is a London-based, privately owned company that is famous for its eclectic British Style that is known all over the world. The company specializes in clothing, footwear, and accessories for teenage girls and young women. Topshop is not cheaper than Asos, but it is a great place to buy Dresses, Jeans, Jackets, Knitwear, Lingerie, Maternity, and everything else offered by Asos. Topshop was founded in the year 1964 and presently it operates over 500 retail clothing stores and ships its products to over 100 countries across the world.

With over 600 clothing stores in several countries across the Americas, Middle East, Asia and UK and more than 4.4 billion US Dollars in revenue in 2015 alone, Forever 21 is a world-famous name in retail clothing industry. Forever 21 was founded in 1984 by Do Won Chang with a mission to make trendy clothing affordable for everyone. The quality of apparel and shoes at this store is comparable to Asos while the price range is a bit lower. In other words, Forever 21 is a cheap alternative to Asos.

Named after a famous French Dessert, Charlotte Russe is another Asos alternative store that specializes in women’s clothing and shoes. The company was founded in the year 1975 and is headquartered in San Diego, California. If you are a style-conscious woman, looking for a good place to buy trendy clothing and want to save some money, Charlotte Russe is strongly recommended for you.

Zara > #9, From The House of World’s Largest Clothing Retailer

Zara is a subsidiary of Inditex, a Spanish business group that is also the world’s largest clothing retailer. Zara offers a comprehensive variety of clothing for men, women and kids. The quality of apparel offered by this clothing store is comparable to Asos while the price range is just a bit cheaper.

Free People is the last entry on my today’s post as a clothing store like Asos. Free People is a subsidiary of Urban Outfitters and it specializes in vintage-inspired clothing and accessories for young girls and women in their early twenties. The price range, variety and quality of stuff offered by Free People is comparable to Asos.

Have you already purchased clothing or footwear from one or more of these stores? Do you know about some other good stores like Asos? Please share your online (and offline) shopping experiences in the comments area below.