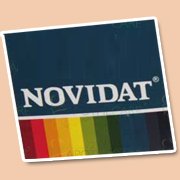 Novidat is one of the most widely prescribed Ciprofloxacin brand in many countries across the globe. Generally it is considered to be a safer and effective antibiotic. However, like any other drug it may cause some adverse events. In this article you will read detailed information about the Novidat Side Effects.

Novidat Side Effects on the Gastro-Intestinal Tract

The doctor should be advised of any severe, persistent diarrhea occurring during or after treatment, since these symptoms could conceal a serious intestinal disorder “pseudomembranous colitis” requiring urgent treatment. In such cases, Novidat should be discontinued and replaced by another appropriate drug (e.g. Vancomycin).

Novidat Side Effects on the Nervous System

In some instances, these reactions occurred after the first administration of Novidat. In these cases Novidat has to be discontinued and the doctor should be informed immediately.

Novidat Effects on the Cardiovascular System

Side Effects Of Novidat On Blood And Blood Constituents

Other Rare Side Effects