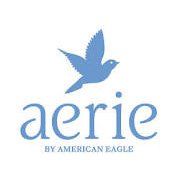 Aerie is an American lingerie and personal care brand that is owned by a world-famous clothing company American Eagle. Headquartered in Pittsburgh, Pennsylvania, Aerie was first introduced in the year 2006. Aerie has over 150 retail stores across the United States. Presently, Aerie has more than 2% share of the Lingerie Market. In this post, I am going to introduce you to some of the best alternatives to Aerie. All of these stores offer similar or superior quality bras, underwear, lingerie and shapewear while some of these stores are also cheaper than Aerie. Below is a list followed by some basic introduction and links to the official websites of Top 10 Stores Like Aerie.

Jockey is one of the oldest, privately owned American manufacturers, marketers and retailers of undergarments for the whole family. Jockey was originally founded as Coopers Inc. in the year 1876. Like Aerie, Jockey is a great place to buy women’s underwear, bras, activewear and sleepwear. Jockey exports its undergarments to more than 120 countries worldwide.

Athleta is a famous American company that can be another great alternative to Aerie to buy premium quality undergarments and fitness apparel for women. Headquartered in Petaluma, California, Athleta is wholly owned and operated by world-famous clothing company, Gap Inc. The company was founded in the year 1998 and presently, Athleta operates over 100 retail stores across the United States.

HerRoom is an internet-based and affordable to Aerie that sells lingerie and men’s underwear. Headquartered in Dallas, Texas, HerRoom is a privately-owned company that was founded in the year 2000. The price range and quality of stuff sold at HerRoom is comparable or cheaper than Aerie.

Bigger Bras > #5 on Stores Like Aerie For Big Girls

Bigger Bras (or Big Girls Bras) is an American, online retailer of undergarments for women. Headquartered in Fort Lauderdale, Florida, Bigger Bras was founded in the year 1998. Like Aerie, Bigger Bras offers a good variety of products under several categories that include (small to plus sized) Bras, Shapewear, Swimwear, Underwear, Lingerie, Hosiery and other related accessories.

Bare Necessities can be another good alternative to Aerie. Headquartered in Edison, New Jersey, Bare Necessities was founded in the year 1998. The company is famous for its very unique collection of underwear, lingerie, swimwear and loungewear. Last year, Bare Necessities generated more than 66 million US Dollars in revenue.

Gap Inc., commonly known as Gap is a world-famous clothing and accessories retailer. Headquartered in San Francisco, California, Gap was founded in the year 1969. Some of the most popular product categories at Gap Stores include loungewear, sleepwear, cotton bras and underwear for women. In the year 2015 Gap generated almost 17 billion American Dollars in annual sales.

Venus is a Jacksonville, Florida based American retailer that offers hottest clothing, unique styled lingerie and swimwear for women. Venus can be a great alternative to any stores including Aerie to buy a beautiful collection of naughty lingerie and shapewear.

Soma (or Soma Intimates) is a wholly owned subsidiary of Chico’s. The company offers an exclusive collection of women’s lingerie, bras, panties, swimwear, sleepwear and more. Headquartered in Fort Myers, Florida, Soma was founded in the year 2004. Presently, Soma operates over 250 lingerie stores across the United States and a full-featured eCommerce website.