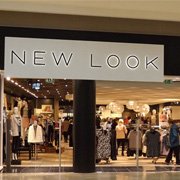 New Look is a famous chain of retail shops that specializes in High-End Fashion Clothing & Accessories for men, women & teenagers. Headquartered in Weymouth, Dorset, United Kingdom, the first-ever New Look Shop was opened in the year 1969. Last year, New Look generated almost 2 billion Great Britain Pounds in revenue. In this post, I am going to introduce you to some of the best clothing shops like New Look. All of these shop offer similar quality fashion clothing, fine-quality shoes and accessories. Below is a list followed by some basic introduction and links to the official websites of Top 10 Shops Like New Look.

River Island is a family-owned business and a famous high-street fashion brand that was founded in the year 1948. River Island specializes in upscale fashion clothing for men, women, boys and girls. It can be a good alternative to New Look for customers who always demand something unique. Some of the most popular product categories at River Island stores include Dresses, Beachwear, Shoes, Sunglasses and Luggage. The headquarter of River Island is located in London, United Kingdom.

Topman > #2, A Great Alternative to New Look For Men

H&M is the second largest clothing retailer on the planet and one of the cheapest alternatives to New Look. Headquartered in Stockholm, Sweden, H&M was founded in the year 1947. Presently, H&M operates over 3700 retail stores in 60 countries. In the year 2015, H&M generated almost 170 billion SEK in revenue.

Zara is a subsidiary of the Inditex business group of Spain. Inditex is the world’s biggest fashion group that runs over 6600 clothing stores across the globe. Zara was founded in the year 1974. The company specializes in trendy clothing, footwear and accessories for men, women and kids. The quality of stuff and price range at Zara Stores is comparable to New Look.

Asos is one of the major online retailers of fashion and beauty products. Headquartered in London, United Kingdom, Asos was founded by Nick Robertson in the month of June 2000. A collection of over 850 world-famous brands makes Asos a great alternative to New Look. In the year 2015, Asos generated more than 1.6 billion American Dollars in annual sales.

Forever 21 is another famous chain of retail stores and a good alternative to New Look to buy trendy clothing, accessories and footwear for men and women. Forever 21 was founded in the year 1984 by Don Won Chang. In the year 2015, Forever 21 generated over 4.4 billion USD in annual sales.

Bershka is wholly owned and operated by Inditex, the biggest fashion group on the planet. Headquartered in Arteixo, Spain, Bershka was founded in the month of April 1998. While Bershka is not a direct competitor, but you can find almost everything here that New Look has to offer. In the year 2015, Bershka generated 1.7 Trillion Euros in annual sales.

Jack Wills is a London based clothing company that specializes in traditional British wear. Jack Wills was founded in the year 1999. A beautiful collection of clothing & accessories for men and women for almost every occasion makes Jack Wills another good alternative to New Look. Presently, the company operates 69 branches across UK, USA, Ireland, Hong Kong and Middle East. In 2015, Jack Wills stores generated over 175 million Dollars in revenue.