Stores Like Cos – Top 10 Modern Clothing Stores For Men & Women 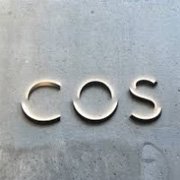 COS is a Swedish fashion brand that is wholly owned and operated by the H&M Group. Headquartered in Stockholm, COS was first introduced in the year 2007. COS is famous for its timeless designs in clothing, made with a perfect combination of traditional methods and new techniques. In addition to clothing for men, women and children, COS also offers a wide range of accessories including handbags, belts, jewelry, hats and socks. In this post, I am going to introduce you to some of the best alternatives to Cos Stores. All of these stores offer similar clothing at affordable prices.. Below is a list followed by some basic introduction and links to the official websites of Top 10 Stores Like Cos.

Asos is one of the major online retailers of fashion and beauty products. Headquartered in London, United Kingdom, Asos was founded by Nick Robertson in the month of June 2000. A collection of over 850 world-famous brands makes Asos a great alternative to Cos. In the year 2015, Asos generated more than 1.6 billion American Dollars in annual sales.

Topshop is a London, United Kingdom based fashion retailer that specializes in clothing, footwear, cosmetics and accessories for women. Presently, Topshop operates some 500 retail stores in several countries across the world. Founded in the year 1964, Topshop is fully owned and operated by the Arcadia Group. If you are not too price-conscious, Topshop can be a good alternative to Cos for you.

Boden is a British chain of clothing stores that was originally founded as a mail order business in the year 1991. Headquartered in London, Boden has several (brick & mortar) retail stores and a full-featured eCommerce website. Boden Stores carry a comprehensive collection of clothing, shoes and accessories for men, women and kids.

Topman > #5 on A Good Alternative To Cos For Men

Ted Baker is an English chain of retail stores that specializes in luxury clothing. Headquartered in London, Ted Baker was founded in the year 1988. Ted Baker can be a good alternative to Cos to buy fine-quality clothing for men, women and kids. Ted Baker also offers a very unique and stylish collection of fashion accessories.

Selfridges (or Selfridges & co.,) is a London, United Kingdom based chain of department stores that was founded in the year 1909. Like Cos, Selfridges Stores feature clothing, shoes and accessories for men & women. Additionally, it is also a good place to buy Tech: Gadgets including Cameras, Phones, TVs and a lot more.

Boohoo is a world famous online fashion retailer that specializes in trendy outfits, stylish footwear and fashion accessories for teenagers and young men and women. Boohoo is a good alternative to Cos because of its comprehensive collection of latest fashion clothing. The company launches over 100 new designs DAILY, offering a perfect combination of style and economy to its global audience.

Dorothy Perkins > #9, Clothing For Women Between 25 To 35 Years Of Age

H&M is the second largest clothing retailer on the planet and one of the cheapest alternatives to Cos. Headquartered in Stockholm, Sweden, H&M was founded in the year 1947. Presently, H&M operates over 3700 retail stores in 60 countries. In the year 2015, H&M generated almost 170 billion SEK in revenue.