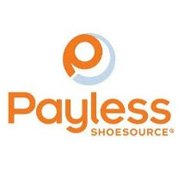 Payless (or Payless ShoeSource Inc.) is a privately-owned chain of shoe stores that sell off-price footwear. Headquartered in Topeka, Kansas, Payless ShoeSource operates over 4500 retail stores across the United States. The most popular footwear categories at Payless include Athletic Shoes, Sneakers, Sandals and Designer Handbags. In this post, I am going to introduce you to some of the best and affordable shoe stores like Payless ShoeSource. All of these stores offer similar quality footwear at comparable prices. Below is a list followed by some basic introduction and links to the official websites of Top 10 Stores Like Payless.

Aldo is a privately owned and world-famous Canadian chain of retail stores that primarily sells footwear and accessories. Headquartered in Montreal, Quebec, Aldo was founded by Aldo Bensadoun in the year 1972. Presently, The Aldo Group operates over 2000 Aldo Stores across Canada, USA, United Kingdom, Ireland and many other countries.

Shoe Carnival is a chain of footwear stores that was founded by David Russell in the year 1978. Headquartered in Evansville, Indiana, Shoe Carnival presently operates almost 600 retail stores across the United States. Shoe Carnival is a great alternative to Payless ShoeSource to buy brand name shoes at comparatively low-prices.

Amazon > #4, Good Discount on Every Type of Footwear

Amazon is the largest internet-based retailer on the planet. Headquartered in Seattle, Washington, Amazon was founded in the month of July, 1994. Amazon can be a great alternative to Payless ShoeSource to buy every type of footwear e.g. Athletic Shoes, Boots, Sneakers and more. In the year 2015, Amazon generated over 107 billion Dollars in annual sales.

DSW (or Designer Shoe Warehouse Inc.) is a publicly traded American company that was founded in the year 1969. Headquartered in Columbus, Ohio, DSW has almost 500 retail stores across the United States. The most popular product categories at DSW Stores include Shoes, Boots, Sandals and Handbags.

Foot Locker > #6, One Of The Largest Shoe Store Chains Worldwide

Foot Locker is a Midtown Manhattan, New York based chain of retail stores that sells athletic footwear and activewear. Founded in the year 1974, Foot Locker operates over 3500 sportswear stores in 20 countries across the world, making it one of the best alternatives to Payless ShoeSource. Last year, Foot Locker generated more than 8 billion US Dollars in revenue.

Macy’s is another very popular American chain of mid-range department stores that was founded in the month of October 1858. Headquartered in New York, United States, Macy’s, presently operates some 800 retail stores across the US. Macy’s stores primarily sell footwear, sports clothing, fashion accessories and so much more. in many cases, Macy’s can be a good and cheap alternative to Payless ShoeSource or any other store in the United States that sell similar products.

Skechers is a publicly traded American apparel and shoe company with a prime focus on performance footwear for men, women and kids. Headquartered in Manhattan Beach, California, Skechers was founded in the year 1992. The company owns and operates over 500 retail stores. Skechers is a good alternative to Payless ShoeSource to buy all kind of athletic shoes and streetwear.

Target (or Target Corporation) is the second largest American chain of retail stores. Headquartered in Minneapolis, Minnesota, Target is a publicly traded business that was founded in the year 1902. Target stores sell a wide range of products that includes (but not limited to), Sports Shoes, Boots, Sneakers, Sandals, sport equipment and a lot more. Such a huge variety of products & great prices make Target another very good alternative to Payless ShoeSource.