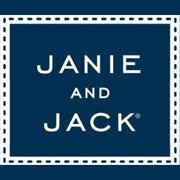 Janie & Jack is an American clothier for boys and girls. The company is a wholly owned subsidiary of Gymboree Corporation. Janie & Jack is famous for its very stylish clothing made with high-quality fabric. Presently, Janie & Jack operates almost 150 kids clothing stores across the United States. In this post, I am going to introduce you to some very good kid’s clothing stores like Janie and Jack. All of these stores offer similar clothing, shoes and accessories for girls, boys and toddlers. Below is a list followed by some basic introduction and links to the official websites of Top 10 Stores Like Janie and Jack.

As a parent company, Gymboree is a great alternative to Janie & Jack to buy clothing for boys, girls and toddlers. The most popular product categories at Gymboree stores include Sweaters, Hoodies, Outerwear, Pants, Shorts, T-Shirts, Sleepwear and shoes. Headquartered in San Francisco, California, Gymboree was founded in the year 1976. Presently, Gymboree brand is available at some 1000 retail stores across the United States, Puerto Rico and Canada.

The Children’s Place is a publicly traded American company that specializes in clothing for babies and kids. Headquartered in Secaucus, The Children’s Place was founded in the year 1969. Presently, the company operates almost 1100 stores across the US, Canada and Puerto Rico. If you like Janie & Jack, I’m sure you’ll fall in love with the Children’s Place.

Carter’s > #3, One Of The Most Trusted Names in Kids, Baby & Toddler Clothing

The William Carter Company also known as Carter’s is one of the most famous American companies that specialize in Apparel for Children. Headquartered in Atlanta, Georgia, United States, Carter’s is a publicly traded business that was founded in the year 1865. Presently, Carter’s operates over 700 retail stores across the country.

ComfyKid is another good alternative to Janie and Jack and a great place to buy designer baby clothes. Some of the most popular kids clothing brands sold at ComfyKid include Absorba, Giggle Moon, Hartstrings and Jelly The Pug. The price range and quality of stuff offered by ComfyKid is comparable to Janie & Jack.

Amazon is the largest internet-based retailer on the planet. Headquartered in Seattle, Washington, Amazon was founded in the month of July, 1994. Like Janie and Jack, Amazon offers a great variety of kids clothing, shoes and accessories at very affordable prices. In the year 2015, Amazon generated over 107 billion Dollars in annual sales.

Old Navy > #7, High Quality Clothing for Everyone at Affordable Prices

Old Navy is one of the most famous American retailers of clothing and accessories for men, women, girls, boys, kids and toddlers. In other words, Old Navy is a GOTO place to shop clothing and footwear for the whole family. The company is owned by world-famous GAP Inc. Old Navy is the first American Retailer to cross USD 1 billion in revenue within 4 years after the launch.

Garnet Hill is famous for its fine-quality products and original designs. Founded in the year 1976, Garnet Hill is fully-owned and operated by HSN Inc. Like Janie & Jack, Garnet Hill is a nice place to buy wonderful products under different categories including clothing, footwear, fashion accessories, bed & bath, rugs and beautiful gifts.

Target (or Target Corporation) is the second largest American chain of retail stores. Headquartered in Minneapolis, Minnesota, Target is a publically traded business that was founded in the year 1902. Target stores sell a wide range of products that includes (but not limited to), clothing, cosmetics, footwear, furniture & houseware, sport equipment and a lot more. Such a huge variety of products & great prices make Target another very good alternative to Janie and Jack.

Justice > #10 on Kid’s Clothing Stores Like Janie and Jack

Justice Branded Stores is a chain of retailers that specializes in tween clothing and fashion for girls. Justice Stores are owned and operated by Tween Brands, Inc. that itself is a subsidiary of Ascena retail Group. Some of the most popular product categories at Justice Stores include dresses, sleepwear, activewear, bras & panties, shoes and cosmetics.