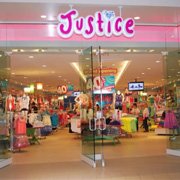 Justice Branded Stores is a chain of retailers that specializes in tween clothing and fashion for girls. Justice Stores are owned and operated by Tween Brands, Inc. that itself is a subsidiary of Ascena retail Group. Some of the most popular product categories at Justice Stores include dresses, sleepwear, activewear, bras & panties, shoes and cosmetics. In this post I am going to introduce you to some of the best clothing stores like Justice. All of these stores offer similar quality products at comparable price. Below is a list followed by some basic introduction and links to the official websites of Top 10 Stores Like Justice.

Claire’s is a world-famous chain of jewelry and fashion accessories retailers that was founded in the year 1961. Headquartered in Hoffman Estates, Illinois, Claire’s operates almost 3500 contemporary jewelry stores across Americas, Europe, Middle East and Asia. Like Justice Stores, Claire’s is a great place for girls and young women to buy jewelry, accessories and cosmetics.

Aeropostale is a famous American chain of clothing and accessories stores. A comprehensive range of casual and active-wear for guys and girls makes Aeropostale a very good alternative to Justice. The primary audience of this clothing retailer ages between 14 to 40 years. Aeropostale was founded in the year 1973. Presently, the company operates some 860 retail stores across the United States, Canada, Mexico, UAE, Turkey, Ireland and many other countries.

The Children’s Place is a publicly traded American company that specializes in clothing for babies and kids. Headquartered in Secaucus, The Children’s Place was founded in the year 1969.Â Presently, the company operates almost 1100 stores across the US, Canada and Puerto Rico. If you like Justice, I’m sure you’ll fall in love with the Children’s Place.

Roxy is a subsidiary of Quiksilver, Inc. and it was founded in the year 1990. Roxy Stores sell a huge variety of products under many categories including Swimwear, Outdoor Clothing, Recreational Equipment, Shoes, Surf & Snow. Roxy Stores also offer a great range of dresses, jackets, sandals and shoes for kids.

J Crew is one of the major American retailers that offer premium quality clothing, footwear and accessories for men, women and kids. J Crew was founded in the year 1983 by Emily Scott. The headquarter of J Crew is located in New York, United States. The price range of clothing and footwear at this store might be a bit higher than Justice Clothing. But I assure you, the quality of stuff at J Crew will never disappoint you.

Garnet Hill is famous for its fine-quality products and original designs. Founded in the year 1976, Garnet Hill is fully-owned and operated by HSN Inc. Like Justice, Garnet Hill is a nice place to buy wonderful products under different categories including clothing, footwear, fashion accessories and beautiful gifts.

Target > #9, One of The Best Retailer of Tween Clothing

Target (or Target Corporation) is the second largest American chain of retail stores. Headquartered in Minneapolis, Minnesota, Target is a publically traded business that was founded in the year 1902. Target stores sell a wide range of products that includes (but not limited to), clothing, cosmetics, footwear, furniture & houseware, sport equipment and a lot more. Such a huge variety of products & great prices make Target a very good alternative to many stores including Justice.

Sears is a renowned chain of retail stores in the United States. Headquartered in Hoffman Estates, Illinois, Sears was founded in the year 1886. Because of its vast range of product portfolio, Sears can be a great alternative to many companies including Justice Stores. The primary product categories at Sears Stores include clothing, footwear, outdoor equipment, tools, bedding, furniture, jewelry, beauty products, electronic appliances, housewares and a lot more.