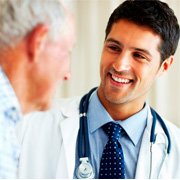 The diagnosis of Angina Pectoris is associated with fear and apprehension. Most patients present with chronic stable symptoms and have a good prognosis with annual mortality of less than 2 per cent. It is important to recognize and alleviate these anxieties.

Aspirin in the Management of Angina Pectoris

Aspirin in low dose reduces infarcts by one-third and should be started in all patients, except if there are specific contraindications. Beta-blockers are commonly prescribed as first-line agents although they are associated with side-effects. They alleviate symptoms and reduce infarcts and death in patients with angina post-MI.

Calcium antagonists and nitrates can be used first line. Nitrates are ideal combination therapy with any other anti-anginal preparation. There is no evidence to support the widespread use of triple therapy and indeed there are some reports it may be harmful.

A preparation with 24-hour a day protection is ideal since angina pectoris shows marked circadian variation and early morning ischemic episodes are characteristic. Various oral long-acting nitrate preparations are available but in each a drug-free or a nitrate-low period – usually at night – is necessary to avoid tolerance. A nitrate-low period is usually still adequate to prevent coronary spasm, the main cause of nocturnal angina. Once-daily preparations are preferred for compliance and ease of use. Although generic prescribing is encouraged, many anti-anginals have modified-release and for these the brand name should be specified.

Usually a long-acting dihydropyridine calcium antagonist is used, either one with a long half-life, e.g. amlodipine, or one with a slow-release mechanism. There is evidence that amlodipine and felodipine are less negatively inotropic and suited to patients with impaired left ventricular function.

Verapamil and Diltiazem should be considered particularly where beta-blockers are contraindicated. They are more negatively inotropic and should not be used where there is left ventri­cular impairment, and used with caution in patients with rhythm disturbances.

Patients should also be given lifestyle advice, such as lipid management.

A prognostic assessment should be made and this is usually carried out by treadmill exercise ECG testing. Patients who do not exercise past Stage 1 of the Bruce protocol, have marked >2mm ST segment depression, malignant arrhythmias, or a fall in blood pressure during exercise testing have a high probability of left main stem stenosis or significant triple vessel disease. Randomized trials have shown that such patients have a better long-term survival after coronary artery bypass surgery. The studies, however, excluded patients with left ventricular ejection fractions of <35 per cent, and in these cases it is reasonable to detect viability by non-­invasive tests. While bypass surgery has been shown to confer prognostic benefit, this has not been demonstrated in women or in the over-65s.

In the majority of cases intervention will be on symptomatic grounds after failure of optimal medical therapy. Percutaneous transluminal coronary angioplasty is more effective than medical therapy in relieving symptoms but has a slightly higher complication rate. There are only two trials so far that have compared medical therapy with angioplasty. Since the advent of stents and other technological advances, the complication rate of angioplasty has fallen. The risk of death is <0.5 per cent and the risk of acute MI or need for emergency bypass surgery is <2 per cent. In the first six months, there is about a ≤15 per cent likelihood of restenosis due to recoil and neointimal hyperplasia. A policy of initial angioplasty followed by bypass surgery if necessary is still cost-effective.

Traditionally, patients with single-vessel disease are offered angioplasty. Developments in surgical techniques using minimal access and avoiding cardiopulmonary bypass where the left internal mammary artery is implanted into the left anterior descending artery offer an appealing alternative. These are under evaluation and comparative trials will eventually be necessary. Triple-vessel angioplasty is now more feasible and trials comparing this to bypass surgery are under way. Diabetics may fare better with surgery than angioplasty although the data on which this assumption is based are retrospective and derive from non-randomized sub-group analysis.

Patients with unstable symptoms of Angina Pectoris, characterized by frequent episodes of rest pain or a sudden change in the pattern of symptoms with provocation of pain on minimal exertion, are at higher risk. In many cases aspirin, beta-blockers, nitrates and heparin will resolve symptoms without complication. Coronary intervention may be reserved for those cases who fail to settle. The optimal treatment of unstable angina remains under debate and the RITA 3 trial has been set up to compare the different approaches.