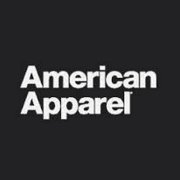 Urban Outfitters is a major retailer of trendy clothing, footwear, fashion accessories, beauty products, and home furnishing goods in the United States. The huge variety of high-quality and affordable products makes Urban Outfitters a great alternative to American Apparel. Founded by Richard Hayne in the year 1970, Urban Outfitters is headquartered in Philadelphia, Pennsylvania.

Forever 21 : Similar Quality Stuff But Cheaper Than American Apparel in Most Cases

Forever 21 is another famous chain of retail stores and a good alternative to American Apparel to buy trendy clothing, accessories, and footwear for men and women. Forever 21 was founded in the year 1984 by Don Won Chang. In the year 2015, Forever 21 generated over 4.4 billion USD in annual sales.

H&M is the second-largest clothing retailer on the planet and one of the cheapest alternatives to American Apparel Stores. Headquartered in Stockholm, Sweden, H&M was founded in the year 1947. Presently, H&M operates over 3700 retail stores in 60 countries. In the year 2015, H&M generated almost 170 billion SEK in revenue.

Old Navy is one of my favorite retailers of clothing and accessories for men, women, girls, boys, kids, and toddlers. In other words, Old Navy is a GOTO place to shop clothing and footwear for the whole family. The company is owned by world-famous GAP Inc. Old Navy is the first American Retailer to cross USD 1 billion in revenue within 4 years after the launch.

American Eagle is a publically traded business that specializes in trendy clothing, stylish footwear, and accessories for men and women. If you are interested in an American Apparel alternative that offers good quality and a reasonably priced range of clothing and footwear, American Eagle is highly recommended for you.  Headquartered in Pittsburgh, Pennsylvania, American Eagle presently operates over 950 retail clothing stores across the United States.

Asos : Over 850 Trendiest Clothing Brands at ONE Place

Asos is one of the major online retailers of fashion and beauty products. Headquartered in London, United Kingdom, Asos was founded by Nick Robertson in the month of June 2000. A collection of over 850 world-famous brands makes Asos another very good alternative to American Apparel. In the year 2015, Asos generated more than 1.6 billion American Dollars in annual sales.

Zara : From The House of The World’s Biggest Fashion Group

Zara is a subsidiary of the Inditex business group of Spain. Inditex is the world’s biggest fashion group that runs over 6600 clothing stores across the globe. Zara was founded in the year 1974. The company specializes in trendy clothing, footwear, and accessories for men, women, and kids. The quality of stuff and price range at Zara is comparable to American Apparel Stores.

Nasty Gal : An Alternative to American Apparel for Teenage Girls

Started as an eBay store in 2006, today, Nasty Gal is one of those names in the world of American Fashion, which is very high in demand. Sophia Amuroso, the founder and CEO of Nasty Gal was named, “The Sexiest CEO Alive” by the Business Insider magazine. Nasty Gal offers a very unique collection of vintage-inspired clothing, shoes, and accessories for women.

Free People is a famous American company that specializes in Apparel, Shoes, Intimates, Swimwear, and Accessories for women. All of the products offered at Free People are reasonably priced and are of very good quality. Free People is wholly owned and operated by Urban Outfitters. The headquarter of Free People is located in Philadelphia and the company was founded by Richard Hayne in the year 1984.

River Island : #10 on Clothing Brands and Stores Like American Apparel

River Island is a family-owned business and a famous high-street fashion brand that was founded in the year 1948. River Island specializes in upscale fashion clothing for men, women, boys, and girls. It can be a good alternative to American Apparel for customers who always demand something unique. Some of the most popular product categories at River Island stores include Dresses, Beachwear, Shoes, Sunglasses, and Luggage. The headquarter of River Island is located in London, United Kingdom.

Have you already tried one of these American Apparel? How was your experience? Moreover, please do not forget to share if you know about some other good clothing stores like American Apparel.