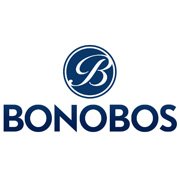 Bonobos is a privately owned American company that designs, produces, markets and sells high-quality clothing for men. Headquartered in New York city, Bonobos was founded in the year 2007. Presently, Bonobos operates 15 brick and mortar stores and a full featured internet based store, giving you the convenience to shop casual and formal clothing for men from the comfort of your home. In this post, I am going to introduce you to some of the best alternatives to Bonobos. All of these stores offer similar quality men’s clothing and accessories, while many of these are cheaper than Bonobos. Below is a list followed by some basic introduction and links to the official websites of Top 10 Stores Like Bonobos.

Jackthreads is an Ohio, Columbus based, American clothier for men. Jackthreads was founded in the year 2008 with a mission to offer curated range of up-and-coming brands at affordable prices. Jackthreads offers a comprehensive variety of Outerwear, Tees, Sweatshirts, Demin and Suits for men.

Brooks Brothers > #2, The Finest Clothier For Men In America

J Crew is one of the major American retailers that offer premium quality clothing, footwear and accessories for men, women and kids. J Crew was founded in the year 1983 by Emily Scott. The headquarter of J Crew is located in New York, United States. In some cases, J Crew may be expensive than Bonobos. But I assure you, the quality of stuff at J Crew will never disappoint you.

Lands’ End is another very good alternative to Bonobos that specializes in clothing and shoes for men, women and kids. Some of the other popular categories at Lands’ End include home decor, beach towels, hats and school uniforms. Headquartered in Dodgeville, Wisconsin, United States, Lands’ End was founded the year 1963. In addition to the US stores, Lands’ End also operates several retail outlets across the United Kingdom, Germany, Japan, France and Austria.

Dockers > #8, Owned By The Original Inventors Of Blue Denim Jeans

Dockers is one of my personal favorite clothing brands for men and it can also be another great alternative to Bonobos. Headquartered in San Francisco, California, Dockers was founded in the year 1986. Dockers is fully owned and operated by Levi Strauss (the inventor of original Denim Jeans). Dockers is primarily famous for its high-quality range of belts, pants, leather wallets, and shoes for men.

H&M is the second-largest clothing retailer on the planet and one of the cheapest alternatives to Bonobos. Headquartered in Stockholm, Sweden, H&M was founded in the year 1947. Presently, H&M operates over 3700 retail stores in 60 countries. In the year 2015, H&M generated almost 170 billion SEK in revenue.