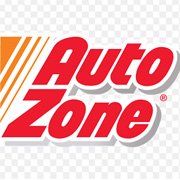 AutoZone is an American chain of retail stores that sells aftermarket automotive parts and accessories. Headquartered in Memphis, Tennessee, AutoZone was founded in the year 1979. Presently, with a total of more than 5000 automotive parts stores across the US, Mexico and Brazil, AutoZone is known to be the second largest American chain in this category. In this post, I am going to introduce you to some of the automotive parts stores like Autozone. All of these stores offer similar quality aftermarket automotive parts, equipment, tools and accessories at price that is comparable or lower than AutozoneBelow is a list followed by some basic introduction and links to the official websites of Top 10 Stores Like Autozone.

Advance Auto Parts is the largest American chain of retail stores that sells automotive replacement parts and accessories. Headquartered in Roanoke, Virginia, Advance Auto Parts was founded in the year 1932. Presently, the company owns and operates almost 5400 auto-parts stores across the United States, Puerto Rico, Canada and US Virgin Islands.

Caquest Auto Parts is a subsidiary of Advance Auto Parts and it is one of the major auto parts distribution networks in the United States and Canada. Headquartered in Raleigh, North Carolina, Carquest Auto Parts was founded in the year 1972. Carquest is a great alternative to Autozone to buy products under several categories at great prices.

JC Whitney is an American chain of retail stores that primarily sell aftermarket auto parts. Founded in the year 1915, JC Whitney is headquartered in Chicago, Illinois. The company is wholly owned and operated by U.S. Auto Parts. The eCommerce Store of JC Whitney offers free shipping on all order with a 100% satisfaction guarantee.

Pep Boys > #6, Over 800 Auto Parts Stores Across the United States

CARiD is one of the renowned American Companies that offer finest and widest variety of automotive parts and accessories. If you are looking for an Autozone alternative to modify your car’s street appeal, boost performance or you want to add some high-tech lighting to electronics, I’m sure CARiD wil never disappoint you.

ACDelco is a wholly owned subsidiary of General Motors. Headquartered in Grand Blanc, Michigan, ACDelco was founded in the year 1916. ACDelco stores offer a great range of aftermarket auto parts for vehicles manufactured by General Motors and also for Non-GM vehicles. ACDelco sells almost everything you can find at Autozone.