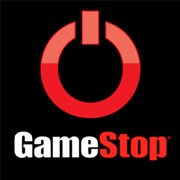 GameStop is a publicly traded company, operating a chain of retail stores that primarily sells video games, consumer electronics and wireless services. Headquartered in Grapevine, Texas, GameStop was founded in the year 1984. Presently, GameStop runs more than 7100 stores across the United States. Last year, GameStop generated over 9 billion US Dollars in revenue. In this post, I am going to introduce you to some of the best alternatives to Gamestop. All of these stores offer a wide range of video games & other technology gadgets at comparable or low price. Below is a list followed by some basic introduction and links to the official websites of Top 10 Stores Like Gamestop.

Best Buy is one of the major retailers of consumer electronics in the United States, Mexico and Canada. The most popular product categories at Best Buy Stores include Home Appliances, Home Theater, Computers, Mobile Phone & Tablets, Cameras, Car Electronics, Video Games and a lot more. Such a huge range of products and its presence on more than 1050 locations make Best Buy a great alternative to Gamestop.

GameFly is a privately owned American company that is in the business of providing games for handheld game consoles e.g. Xbox and PlayStation. Headquartered in Los Angeles, California, GameFly was founded by David Hodess in the year 2002. Presently, more than 8000 video games titles can be availed from GameFly.

Walmart > #4, Video Games, Electronics & Everything That Falls into This Category

Amazon is the largest internet-based retailer on the planet. Headquartered in Seattle, Washington, Amazon was founded in the month of July, 1994. Every day, millions of people visit Amazon.com to buy almost every video game, consoles and accessories you can find at Gamestop. In the year 2015, Amazon generated over 107 billion Dollars in annual sales.

EB Games is a publicly traded, Australian company that sells video games and entertainment software. Headquartered in Brisbane, EB Games is a subsidiary of GameStop that was founded in the year 1997. Presently, EB Games operates over 500 video game and electronics stores across Australia and New Zealand.

Vintage Stock > #7, Operating Over 300 Video Game Retail Stores in the US

CeX (or CeX Ltd.) is a privately-owned company that buys and sells second hand video games, computers and other technology gadgets. Headquartered in London, United Kingdom, CeX was founded in the year 1992. If you are on a budget, CeX can be a great alternative to Gamestop for you to buy Games, Phones, DVDs, Music Player and other consumer electronic products.

Target (or Target Corporation) is the second largest American chain of retail stores. Headquartered in Minneapolis, Minnesota, Target is a publically traded business that was founded in the year 1902. Target stores sell a wide range of products that includes Video Games, Handheld Game Consoles, Consumer Electronics, Sporting Goods and a lot more. Such a huge variety of products & great prices make Target another very good alternative to GameStop.