Skip to content
PlainTips.com » How to Lose Lower Belly Fat Fast and Easy

How to Lose Lower Belly Fat Fast and Easy 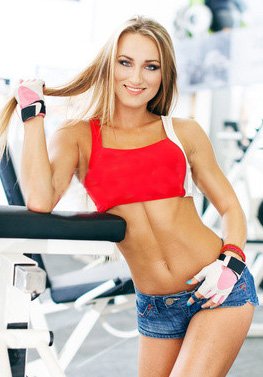 The first step to lose lower belly fat is to understand why your waistline has been increasing, what the health risks are, and why you should fight it.

Getting fat around the lower belly area is a universal problem among women, and it’s a lot more serious than most people realize. It usually gets worse when women get older – a drop in estrogen levels causes women to build up more fat around the waist and even around the upper part of the thighs – which means you may just be eating the same amount of calories, but your waistline will still increase. Some women don’t even experience any weight gain in other parts of the body, but they’ll notice a steadily increasing waistline. It could also be genetic – some families have women who easily gain weight around the midsection after a certain age or even their whole lives. But whether you’ve only started to gain weight around the belly or you’ve struggled with it since childhood, you’ve probably noticed that belly fat is the most difficult kind of weight gain to get rid of. Click Here to learn how to lose lower belly fat fast and easy.

The Visceral Fat Is The Heart Of The Problem!

The problem with belly fat is that the build-up isn’t just subcutaneous which means right under the skin (the way we gain fat for most of the rest of our body) but it’s also visceral which means that it lies deep within your abdominal cavity, the space where your organs are. In the case of visceral fat, it actually pads the space between your organs. The visceral fat is the heart of the problem when it comes to belly fat – it is very difficult to lose via spot exercising as doing sit-ups. It calls for an overall healthy lifestyle that includes a change in your eating habits, your sleeping habits, and your emotional health. To lose the belly fat fast and easy, you have to start taking care of yourself.

At this point, you might be thinking that weight gain around the waist is possibly normal (since it’s so common among women) and won’t cause you any discomfort other than not fitting in your old jeans.

Unfortunately, a large belly has been linked to some serious health issues, including cardiovascular disease and type 2 diabetes. A Harvard study on women’s health has also showed that having the belly fat being so close to a vein (the portal vein, near the intestines) is dangerous because free fatty acids end up in your bloodstream and in your liver, driving up bad cholesterol and reducing good cholesterol.

Essentially, having a trim and toned stomach can actually be your key to a longer and healthier life. A study by the Mayo Clinic says that your waistline is a better and more accurate way of checking whether you have a weight problem than your BMI or your Body Mass Index, which doesn’t consider your muscle mass and that pesky visceral fat.

See What Your Waistline Indicates…

At this point, after having a better understanding of what makes up belly fat and why it’s so problematic beyond the aesthetics, you should check whether you’re still in good shape or if you’re starting to face some serious health risks.

Most clinics and universities have determined that a 35 inch waistline and above indicates a much larger risk of related health problems. Take a tape measure and place one end on your belly button then run it around your waist, ending on the spot where it started. If it reads less than 33 inches, you’re still relatively healthy. At 33 inches, you’re approaching the red zone. If it reads 35 inches or more, then you’re already putting a strain on your body and are facing some serious health risks.

Now here’s the question that a surprising number of women ask after having all the facts about tummy fat – will liposuction help? Will just removing the fat that’s causing the body so many problems do the trick? Unfortunately, it won’t.

In 2004, the New England Journal of Medicine published a study where they removed 23 pounds of belly fat in 15 women then monitored their health. After three months, it showed that removing the fat via liposuction didn’t really affect their blood cholesterol, their insulin levels, blood pressure, or blood sugar. Most importantly, liposuction doesn’t reach inside the abdominal wall which means you won’t be getting anywhere near the visceral fat which is the real problem. A sure and steady approach, is more effective in triggering positive health changes and a longer lasting, trim belly.