Skip to content
PlainTips.com » Do I Need Antivirus For Mac

Do I Need Antivirus For Mac 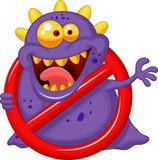 You just logged on to your computer right after installing a fresh copy of Microsoft Windows, what is the most important thing you need next? I hope, today, even an average PC user knows that an antivirus is the next critically important installation and a must have tool in order to keep the system and sensitive information secure from unauthorized access. But what if you are a Mac User?

For a long time Mac users claimed their operating system to be virtually immune from computer viruses that cause serious trouble for a Windows based system. Unfortunately, the rapidly increasing sales volume of Mac based systems (and of course users) has opened new doors of opportunities for bad boys (also known as computer hackers). Apple now official recommends to install a reliable antivirus software on Mac.

Unquestionably, a Mac based system is one of the safest options in the world of computing. But it is always wise to have protection. Even with Mac’s being a low target of viruses. Typically you can pick up a computer virus although, it might not affect your Mac you can pass it on to your friend or a co-worker who uses Windows.

The majority of technology experts across the United States are Mac users. They advise to take precautionary measures to keep yourself (and your friends) protected from online hazards such as spyware and viruses, regardless of your operating system.

Benefits of Installing an Antivirus on Mac