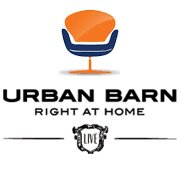 Urban Barn is one of the most trusted names in home furnishing industry that operates over 50 retail stores across Canada. Founded in the year 1990, Urban Barn is popular for its wide and beautiful collection of furniture & accessories for living rooms, dining rooms and bedrooms. The company also sells a good range of Office Furniture. In this post I am going to introduce you to some of the best Furniture Stores that are very similar to Urban Barn. All of these furniture retailers offer similar quality products, while many of these are cheaper than Urban Barn. Below is a list followed by some basic introduction and addresses of the official websites of Top 10 Stores Like Urban Barn.

EQ3 is a Canadian furniture company that produces cost effective furniture for home and office. EQ3 was founded in the year 2001. This Urban Barn’s alternative is famous for its simple, clean and functional designs. EQ3 also gives you the option to customize furniture with fabric, leather, finishes & legs to match your personal taste.

Leon’s furniture is a popular Canadian chain of furniture stores that was founded in the year 1909. Headquartered in Toronto, Ontario, Leon’s Furniture has stores in almost all provinces across the country. The company also sells stuff through its ecommerce website. In addition to furniture, mattresses and accents, Leon Furniture also offers a good range of home appliances and consumer electronics.

Bouclair is a Canadian chain of retail stores that was founded in the year 1970. Headquartered in Quebec, Bouclair operates several retail stores in Canada, Europe, Asia & Oceania. The most popular products offered by Bouclair stores include furniture, window coverings, bedding, fancy lighting, wall decor and home accent. The quality of stuff offered at Bouclair stores is comparable to Urban Barn.

CB2 is a subsidiary of Crate & Barrel that was founded in the year 2000. Headquartered in Chicago, United States, CB2 is famous for its beautiful and unique collection of Modern Furniture & Stylish Home Furnishing. If you are looking for an affordable alternative to Urban Barn, I strongly recommend that you take a look over CB2.

West Elm is a wholly owned subsidiary of Williams Sonoma Inc. that specializes in housewares and contemporary furniture designs. Headquartered in Brooklyn, New York, West Elm operates many retail stores in the US, Canada, Mexico, England, UAE and Australia. The most popular product categories at West Elm stores include Office Furniture, Home Furniture, Linen and Kitchenware.

Pier 1 specializes in imported home furnishing goods. The most popular product categories at Pier 1 Stores include furniture, table tops and decorative accessories. This furniture retailer is a cheap alternative to Urban Barn.

Pottery Barn is a world-famous chain of upscale furniture and home furnishing stores that was founded in the year 1950. Headquartered in San Francisco, United States, Pottery Barn operates several retail stores across the USA, Mexico, Canada, Puerto Rico, Philippines and Australia. If you are not too prices-conscious, Pottery Barn can be a great alternative to Urban Barn for you.

Ikea is the largest retailer of furniture on the planet. The company is famous for its unique collection of ready-to-assemble furniture, accessories and appliances. Headquartered in Leiden, Netherlands, Ikea was founded in the year 1943. The official website of the company features over 12000 products. in the year 2015, Ikea generated 34 billion US Dollars in annual sales.