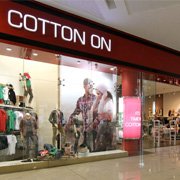 Cotton On is a privately owned and one of the major clothing stores in Australia. Headquartered in Geelong, Cotton On operates over 1200 stores in 12 countries and ships its products to more than 180 countries worldwide. Cotton On Stores carry a huge variety of fast-fashion clothing for men, women, guys, girls and kids. In this post, you are going to discover some of the best alternatives to Cotton On. All of these stores offer similar quality products, while  a couple of these retailers are cheaper than Cotton On. Below is a list followed by some basic introduction and links to the official websites of Top 10 Clothing Stores Like Cotton On.

Supre is an Australian chain of retail stores that specializes in fast-clothing for women in their early twenties. Originally founded in the year 1984, Supre is a wholly owned subsidiary of Cotton On. Presently, Cotton On operates almost 140 Supre Stores across Australia and the New Zealand.

Best & Less is a subsidiary of Pepkor that operates a chain of almost 190 retail stores across Australia. Headquartered in Leichhardt, New South Wales, Best & Less was founded in the year 1965. The company is famous for a huge collection of products under several categories including fashion clothing and activewear for men, women and kids.

Jay Jays is a major chain of apparel stores that is fully owned and operated by the Just Group of Australia. Headquartered in Melbourne, Jay Jays was founded in the year 1993. Presently, Jay Jays has over 950 clothing stores across Australia and New Zealand. Like Cotton On, Jay Jays is a great place to buy Casual Clothing & Accessories for guys and girls.

Just Jeans > #4, One of The Major Clothing Retailers in Australia

Just Jeans is a subsidiary of Premier Investments and one of the most successful fashion retailers in the world. headquartered om Melbourne, Just Jeans was founded in the year 1970. Prsently, just Jeans operates more than 1000 clothing stores across Australia, New Zealand, Singapore and Italy. Last year, Just Jeans generated almost 1 billion US Dollars in revenue.

H&M is the second largest clothing retailer on the planet and one of the cheapest alternatives to Cotton On. Headquartered in Stockholm, Sweden, H&M was founded in the year 1947. Presently, H&M operates over 3700 retail stores in 60 countries. In the year 2015, H&M generated almost 170 billion SEK in revenue.

Uniqlo is a Yamaguchi, Japan based company that is owned and operated by Fast Retailing Co., Ltd. Uniqlo specializes in casual clothing for men, women and kids. The company has a full-fledged in-house system to design, manufacture and market its products. presently, Uniqlo operates several retail stores in 14 countries across the globe.

Forever 21 > #7, Another Cheap Alternative to Cotton On

Forever 21 is world-famous chain of retail stores and a good and affordable alternative to Cotton On to buy trendy clothing, accessories and footwear for men and women. Forever 21 was founded in the year 1984 by Don Won Chang. In the year 2015, Forever 21 generated over 4.4 billion USD in annual sales.

JeansWest is a subsidiary of Glorious Sun and a popular Australian chain of clothing stores with a primary focus on Denim Jeans. Headquartered in Perth, JeansWest was founded in the year 1972. Presently, the company has more than 220 retail stores in Australia and New Zealand. Like Cotton On, JeansWest is a great place to buy casual clothing for men and women.

Urban Outfitters is a major retailer of trendy clothing, footwear, fashion accessories, beauty products and home furnishing goods. The huge variety of high quality and affordable products makes Urban Outfitters another great alternative to Cotton On. Founded by Richard Hayne in the year 1970, Urban Outfitters is headquartered in Philadelphia, Pennsylvania.

SportsGirl is a chain of clothing stores for women that is owned and operated by the Sussan Retail Group. Headquartered in Sydney, SportsGirl was founded in the year 1948. Some of the most popular product categories at SportsGirl stores include dresses, knitwear, intimates, sleepwear, jeans, footwear, cosmetics, jewelry and other fashion accessories.