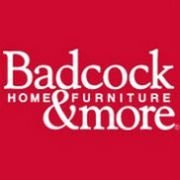 Badcock Home Furniture is a privately owned company that operates over 320 furniture stores across the United States. Headquartered in Mulberry, Florida, Badcock Furniture was founded in the year 1904. The company specialized in furniture, bedding, home appliances, and floor coverings. In this post I am going to introduce you to some of the best alternatives to Badcock. All of these home furnishing stores offer similar quality furniture and home decor goods, while many of these are cheaper than Badcock stores. Below is a list followed by some basic introduction and links to the Top 10 furniture Stores Like Badcock.

Art Van is a popular chain of furniture retailers and one of the cheapest alternatives to Badcock to buy Home Furniture, Office Furniture, Furniture for Pets, Rugs, Mattresses and much more. Art Van is a privately owned company that was founded in the year 1959. Headquartered in Warren Michigan, Art Van presently owns and operates 117 furniture stores in the United States.

RC Willey is a subsidiary of Berkshire Hathaway that was founded in the year 1932. RC Willey is a major American home furnishing company that sells furniture, mattresses, flooring, home appliances and consumer electronics. If you are looking for a cost-effective alternative to Badcock without compromising on quality, RC Willey can be another very good option for you.

Rooms To Go is a privately owned American chain of furniture stores that was founded in the year 1990. With 226 retail stores and over 3 billion American Dollars in sales in 2015 alone, Rooms To Go is the 3rd largest furniture retailer in the United States. The quality of stuff offered at Rooms To Go Stores is very similar to Badcock but the price is almost 50% low.

Slumberland is a chain of furniture retailers that was founded in the year 1967. Headquartered in Little Canada, Minnesota, Slumberland Furniture is one of the major retailers of Sealy and Simmons. Presently, Slumberland operates 125 furniture stores across the United States. If you are looking for an affordable alternative to Badcock, try Slumberland.

If you are looking for a Badcock alternative that specializes in modern furniture and home furnishing, take a look over the beautiful collection of Room & Board. Headquartered in Minneapolis, Minnesota, United States, Room & Board Inc. was founded in the year 1980 by John Gabbert. Presently, Room & Board operates 14 retail stores and ships its products to every corner across the USA.

Z Gallerie is an American home furnishing company that operates over 60 retail stores across the United States. Some of the most popular product categories at Z Gallerie include Furniture, Art themes, Decorative Accessories, Tableware, Mirrors & Bedding. The price range and quality of stuff offered at Z Gallerie stores is comparable to Badcock. Headquartered in Los Angeles, Z Gallerie was originally founded in the year 1979.