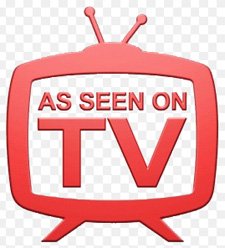 To survive and prosper, the world’s TV production companies rely on a constant drip-feed of new ideas for TV shows. Such is the hunger for fresh ideas, that most of these companies spend huge chunks of their budgets on creative development teams – whose sole remit is to dream up new TV shows that they hope will become the next Dragon’s Den, Deal or no Deal, or Wife Swap. But in their quest to unearth the next big thing on TV, many will go a stage further and consider ideas from us, the general public. The TV industry is always ravenous for ideas – and that includes your ideas.

If you have a fresh and compelling idea for a TV show that a production company feels will appeal to broadcasters, the chances are they’ll be keen to enter into an option agreement with you to acquire the rights. If the idea turns out to be as great as they thought, and they achieve a commission from a broadcaster, the rewards can be pretty high. Both they and you could make some decent money. And if (and to be fair, it’s quite a big “IF”), your TV show idea turns out to be an international hit, then the spoils can grow exponentially and the sky really could be the limit.

Despite the industry’s appetite for new TV show ideas, curiously it seems there are precious few non-TV people out there currently feeding the production companies with fresh material. My hunch is that most people outside the TV industry assume they have no access to it, and as such, think it’s pretty much a closed-shop. So, to address this, I’ve listed below, five good reasons why you, the non-TV executive should consider a brand new sideline in creating and pitching TV show ideas.

1. TV Executives Don’t Have the Monopoly on Good Ideas

A good idea is a good idea. It doesn’t matter a jot that you’re not in the TV industry. The chances are, if you’re halfway creative you might have already come up with a few good TV show ideas in your lifetime that were innovative and eminently watchable. But, like most of us, you probably never followed them up under the notion that ideas for TV shows are only ever exploited and developed by “TV professionals”. Not so.

Why shouldn’t your ideas be as relevant and compelling as those of industry insiders? Okay, the TV executive may have a better grasp on how an idea can be produced, the costs involved and the processes to get it commissioned, but the bottom line is that if you watch TV, you know what you want to see. And since you make-up part of the viewing market, your ideas really do count and the good ones will have value.

Take The Weakest Link. This simple game-show format has been broadcasted in countless countries around the world for over a decade and you might be surprised to know that it was actually created by two people outside the TV industry, a doctor and a teacher. They found success in TV on the strength of one simple idea.

If you believe that you can come up with a new idea that’s genuinely fresh, innovative and compelling, there is a market out there waiting to see it and possibly buy it.

2. The Advantages of Being a TV Industry Outsider

Believe it or not, there are distinct advantages in being outside the TV industry when it comes to creating truly fresh and radical new TV formats, and plenty of TV executives are well aware of this.

Since TV ratings are the only real measure of the popularity of TV programs, it’s not surprising that production companies tend to analyze them to the point of obsession. But this fixation with ratings throws up an inherent problem in the creative process: the key elements of programs/formats that have rated well, tend to be replicated in the next generation of formats being developed and pitched by TV executives. I am not talking about direct copies – instead it’s more that the genre, style and structure of the new ideas tend to be similar to those popular shows that have gone before. You must have noticed this yourself – especially in genres such as home makeover and cooking shows.

Simply put, because producers are sometimes just too close to the industry, they’re often less likely to create and develop ideas that are genuinely fresh and radical.

Contrast this with the freelance TV format creator (that’s us by the way). We don’t generally have access to ratings data. Instead, we focus on what might interest and excite us; or what we want to see on TV as television viewers. We benefit from being detached and on the outside. And you know what? Our TV show ideas are often those that scores of other ordinary TV-watching punters want to see, too.

3. You Only Need One Great Idea

As well as making their creators some serious money, one thing that links successful formats like The Apprentice, Come Dine With Me or Big Brother, is that they’re all, without exception, built around simple, strong ideas. So for me, one of the really exciting aspects of creating TV formats is that just one great idea, if handled carefully, might well pay-out for you for years to come. So, since we all get ideas from time-to-time, and coming-up with them is absolutely free, why not set aside some time right now and start thinking about the next big thing on TV?

4. It Can Be a Quick Process

In terms of developing, refining and formatting your idea to a point where it’s ready to be pitched, this can be a remarkably rapid process – sometimes perhaps just a few days from the conception of your idea. Contrast this with the time it might take to write and hone a radio play or a novel to the point where it’s ready to be presented to the world. OK, I’m not for a moment comparing a radio play or novel artistically or creatively with a TV format (though they both have their place) but if you’re looking for a creative sideline that might provide you with a half decent second income, then developing TV formats could be a great way to get your work “out there” quickly.

Getting your idea turned into a TV program isn’t an easy thing to pull off but if your idea is good enough, it is achievable; and once commissioned you will be financially rewarded. However, because there are so many variables involved, it’s difficult to give a clear-cut indication of the money you might expect but, depending on the deal you strike, the broadcaster involved, the length of the series, and the slot (i.e. whether it’s a daytime or primetime show) you could receive anything up to say, $120K, if your idea is picked up and commissioned for a primetime series in the United States. If you’re lucky enough to get your show re-commissioned, then it might be even more for each re-commissioned series. Not a bad passive income for a simple idea that might have come to you on your way to work one morning!

Further, if your show is a hit and the optioning production company sells it to other countries to produce locally, then it’s a whole new scenario. Again, there are loads of variables at play, but the license fee alone for really successful TV formats can often extend to well over $1 Million per country (and that’s not including other income sources and spin-off deals that might well arise), of which you, as the original creator, should take a slice. Now, consider for a moment that a successful format like Deal or No Deal has sold in excess of 60 countries, and you get an idea of the figures involved. That’s why a good TV idea is such a sought-after commodity.