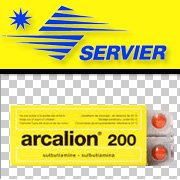 What is Arcalion 200 Used for? – The Benefits

Arcalion Tablets can be used as an effective symptomatic treatment of functional asthenia, physical and intellectual overwork. Moreover Arcalion 200 is also very effective in the following conditions;

The Recommended Dosage of Arcalion Tablets

Dosage: 2 tablets with breakfast – For adult use only. The dose can be increased to 3 tablets daily in resistant cases.

Arcalion 200 should not be taken in case of known hypersensitivity to sulbutiamine.

Arcalion 200 During Pregnancy and Lactation

In general, it is safe to take Arcalion 200. Majority of patients does not experience any side effects at all. However, like any medicine, Arcalion may cause some undesirable effects for some patients. These occasional side effects of Arcalion 200 include;

In case of overdosage, restlessness, euphoria, and tremor may appear. These symptoms are transient and leave no sequel.

Arcalion 200 can safely be combined with other drugs